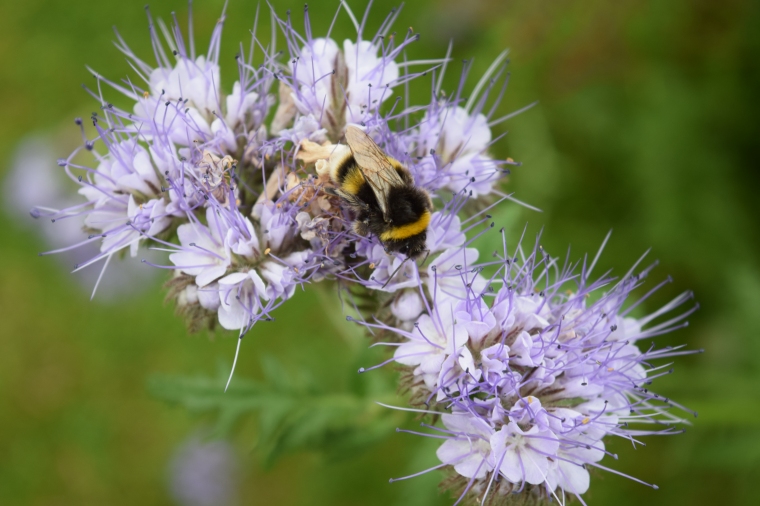 Last May, in the week of the Chelsea Flower Show, I braved the crowds on the District Line and made my way to the Chelsea Physic Garden to attend a writers workshop with the Journalist and Author, Jackie Bennett.  I had been looking forward to this for months.  A day away from the toils and tribulations of everyday life and a day for me to just have the time to write.  I had never been to the Physic Gardens before, despite a lifetime of wanting too.  I remember as a child, every time we drove past the gardens my mum would point them out to me and tell me of the times she had been there when she was younger, when she lived in Chelsea.  I’d always had a picture in my head of this very small garden with neatly manicured flower borders and a few greenhouses.  How wrong I was!  These gardens are a truly wonderful little haven of peace amongst the busy throng of the London streets.  It instantly became my new favourite place.  I felt that I had  been transported into a little oasis of calm, with individual gardens, greenhouses full of geraniums, a woodland walk alive with blue tits and bees, a beautiful lawn glistening with the morning dew, a wall of apothecary’s bottles and jars to remind us of the history of the gardens.  I couldn’t have found a better spot to learn about Writers and their gardens and indeed do some writing myself.  I would therefore like to share my ‘Literary Landscapes’ story, The Hum Of The Bees inspired by the Chelsea Physic Gardens. 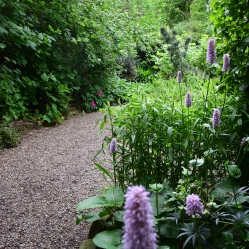 There was a moment of stillness as Elizabeth stood putting her ticket away.  The rush hour commuters heaved and squeezed their way through the gaps around her but today she would not be hurried.  The light was dingy inside the station but outside she could see the warm hazy brightness bouncing off windows and cars signalling that summer had finally come.  Elizabeth took a breath and walked towards the main road, her stick making a distinctive click on the pavement amongst the perpetual drone of the buses and cars.  It was busier than she remembered – and faster.  As if time sped up as the years increased.  She paused and glanced towards the central square.  Everywhere around her cars, bikes, taxis, buses seemed to be weaving at such a speed in and out of such small spaces.  It reminded her of the fear she had encountered trying to cross the Piazza Venizia in Rome.  Why was everyone in such a hurry.  Life passed so very quickly as it was, without trying to hurry it up even further.

She glanced at the familiar and not so familiar shop fronts and tutted at the inflated prices of simple luxuries.  Peter Jones still stood in pride of place at the corner of the square, but Woolworths and the Old Kentucky had been replaced by Georgio Armani and Radley.  At least The Worlds End was still there – although Elizabeth had imagined that it was probably some gastro restaurant now, rather than a traditional pub as it had been all those years ago.   It seemed not everything improved with age.

Presently she turned off the main drag of Kings Road and ambled down a residential street lined with red brick mansion houses. Perfectly manicured topiary and bay trees in slate grey tubs adorned the porches atop the black and white marble steps.  Elizabeth reflected as she walked, on her own crumbling steps and tubs crammed with fuchsias and erysiums, over-spilling onto the gravel pathway.  So many years ago she’d had her own marble steps and hallway, not far from here – but now the thought of her dilapidated cottage was far more appealing.

She turned a corner into Royal Hospital Road and presently Elizabeth spotted the hole in the wall, the black wrought iron gate firmly fixed in its frame. For a moment she could not move, for concern that the gate would not open.  Perhaps she’d written down the opening times wrong. Elizabeth began to fumble in her pink shopper bag that her daughter had given her last year for her birthday. It was a Radley bag with a white scotty dog on it.  Apparently it was all the rage in London last year.  Elizabeth liked it as it held all those things you needed when out and about, but couldn’t fit in your handbag.  She found the piece of paper, she had written down 10am to 5pm.  She checked her watched – it was only 9.55am.  She would wait.  Elizabeth leant against the old stone wall which surrounded the garden of one of the old Georgian houses on Swan Walk.  She looked up at the beautiful buildings.  As a child she had always imagined that one day she would be old enough and rich enough to buy one.  Elizabeth chuckled.

She turned back to the garden and thought.  There was a fear that her memories maybe more beautiful than the reality.  Was this perhaps a very silly idea after all.  Maybe she should have listened to her daughter.

Elizabeth was on the verge of turning and finding a quite backstreet coffee shop when a young boy appeared with a wheelbarrow.

“We’re just opening, go in if you want.  You’ll have the garden to yourself for a bit, before the hoards arrive.”

Elizabeth smiled and mumbled an embarrassed thank you as if she knew he had been watching her debate this journey.  The young boy stood holding the gate open.  He smiled.  Now she would have to go in.

She made her way down the stone flagged steps, tinged with the delicate dew soaked heads of ladie’s mantle.  For a moment she couldn’t look up, partly because she was trying to negotiate an uneven floor with her stick and partly because everything was starting to ache from the walk.  But when she did, it was as if a great haze of confusion and pain had suddenly just disappeared.  She straightened up and saw the garden through the eyes of a curious 7-year-old once again.  Her stick was cumbersome and she lifted it, held it firm in her arthritic grip and walked with purpose down the main avenue to the fountain.

The tiny bubbles frothed and erupted on the water.  Lying on the moss coloured floor were hundreds of coins – pennies, two pence, five pence and even the odd fifty pence.  Thrown by children and maybe a few adults too who wished for something else, maybe wished for something better in their lives.  Elizabeth reached into her pocket and found a 20p, she tossed it and watched, as it sank out of sight and joined the sea of dusty silver. Yet she didn’t make a wish, what good were wishes at this time of life?  She might not be around to see if it came true and what a waste of a wish that would have been.  The bright emerald grass stretched out from either side of the quadrangle around the fountain, bordered on each side by borders fit to bursting with every colour imaginable.  The gentle hum of the bees was just starting to come to life, as they swooped on every bud they could find.  It was so much the same, yet there were small differences, which, except to the familiar eye would have passed unnoticed. Wooden carts with the history of past gardens and apothecaries could be found at the corner of footpaths as they meandered to a new part of the garden. Modern sculptures which represented elements of the garden and its medicinal usage were hidden amongst the borders and glasshouses.  Again Elizabeth chuckled to herself.  When she was a child it was her mother who taught her about the history of the gardens and the names of all the plants.  She had learnt it from books.  Now, it seemed everything had to be created and put in front of you.

Elizabeth sighed. She loved this part of the garden, but it was the woodland at the far end that she wanted to see.  She followed the path with its purple headed alliums and small button head daisies and presently found herself in the cool shade of the woodland, on the far side of the garden which bordered the main embankment road.  The dappled shade landed on the leaves of the hostas and the tips of the ferns with their uncurled tongues, glowed as if burning torches to light the way.  Elizabeth found a bench and sat down.  The drone of the cars disappeared. The woodland smelt of damp bark and a sweet scent came from a cluster of tiny pink flowers currently under attack from two busy blue tits.  Elizabeth looked around, nothing had changed.  For the first time in what seemed a lifetime, Elizabeth closed her eyes without thoughts of the present blocking the way.  She took a deep breath and slowly drifted away.

Margaret placed the flower on the floor beside the bench, she fought hard not to let the tear roll down her cheek.  This was the right thing to do.  The man who stood solemnly a little way away, moved forward and slowly unpeeled the plastic coating of the brand new golden plaque at the top of the bench.  Elizabeth looked up at her mother and slipped her cold hand in hers.

“Don’t worry mother,” said Elizabeth “This is such a beautiful place, Grandma will always be here.”

“I know darling, and we can always come to this place when we need to talk to her or think about her.”

Elizabeth thought for a moment, “I can think about her anywhere, I just close my eyes and she’s there in front of me, but I think this would be a good place to talk.”  Margaret smiled, and hugged her daughter close.

“Yes we can,” said Margaret, “and after we’ve played and explored the gardens then we can go up the Kings Road and get some chocolate in Woolworths, and if you’re really lucky then maybe we can go and do some window shopping in Peter Jones.”

Elizabeth’s eyes shone brightly.  This had been one of those days where she felt happy and sad all at the same time.  She hoped that one day when she was old, she’d be able to come and sit in these gardens all by herself and listen to the bees too. 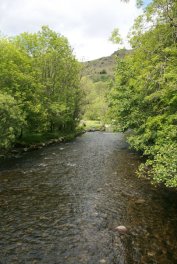 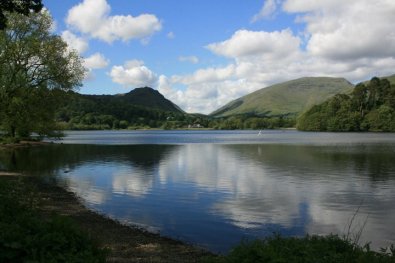 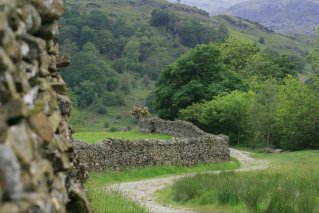 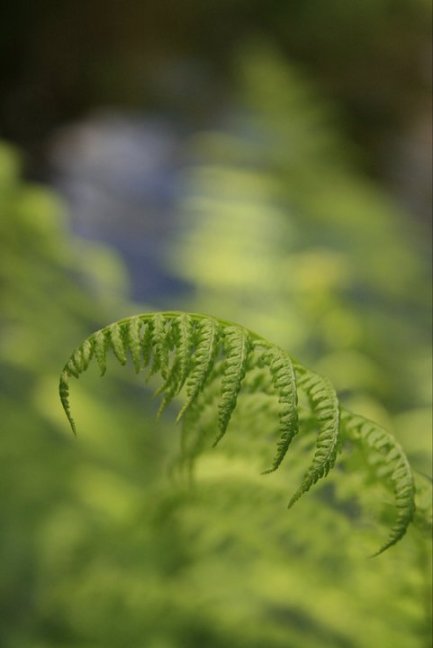